I was 19 when I first fell in love with the dramatic Scarlett O Hara. Later that year I was inspired and awed by Dagny Taggart, who has tried her best to turn at least few of my nerves to steel. But they were not the first.

The complex and often prim characters of Elizebeth Bennet, Jane Eyre and Emma have grown up with me replacing my childhood friends, George (Famous Five) and Nancy Drew. Of course for a period of eight months I completely lived in Malory Towers every daydreaming moment.

And then I met an insufferable know-all who later blossomed into a steadfast and brilliant character that held the friendship and the story of Harry Potter – Hermione Granger. Compared to the trying to be individualistic females, Hermione was a breath of new air. She brought about a change in the way not just me but the world looked at a female fiction character that Eowyn, even after killing the witch king of Angmar could not. 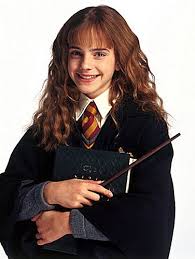 Kick ass female protagonists were in!

Recently, Katniss Everdeen, withstanding her emotion related (or lack of) waffling still stole my heart. Anyone who could shoot like her should be given King Arthur’s sword as a prize.

Today every book I read has a female hero. Tris Prior was truly dauntless. Though ruthless, the girl with the dragon tattoo – Lisbeth Salander was brave.

I miss Tinker and Cinderella and Barbie, but I am more worried on what will happen when Katniss grows up?

Female protagonists in YA novels have become heroes while their counterparts in the adult fiction are still fighting for a bit of space with men. The role of women in trying to reconcile is the most often cast story. I wish we had female Shelock Holmes, Micheal Morreti, captain Jack West Jr.

Will batwoman come to the rescue please?

One thought on “My favorite ladies”