I had always loved any form of water and particularly wanted to go to a waterfall. Hence with a lot of planning we went to the Athirapally falls in Kerala. These are the excerpts from my travel diary.

It was a long ride from Cochin and I fell asleep in the bus. Suddenly I felt the bus stop. People were moving out and a rushing sound reached my ears like mother nature was running to come meet me. I quickly pick up my bag pack and go out. After moving through a rough trail for 5 minutes we reach a clearing. The magnificent falls is to my right and falling down.The Athirapally falls drops 80 feet to meet the Chalakudy river. I am on top of the Athirapally waterfalls! It is the most wonderful feeling.

I splash in the river running before it fell into the falls, but the current is too strong. As it became evening a soft mist settles. The spray of the water, the mist and cloud above – it looks like a soft magical passage is being made from Earth to Heaven.No doubt this place is called ‘God’s own place’.  I so loved my trip there. I clicked a lot of pictures to treasure this memory and am coming back again.

Features of a travel entry:

Try out your own travel entry now. Make it from memory or use your imagination to camp with the penguins in Antartica. And remember, the next time you travel write a proper entry! 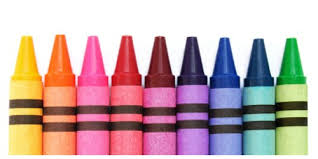 Anything creative is an art form and is subjective; hence a straight forward definition is difficult.

We can say, every creative and imaginative thought, idea, feeling and narrative expressed in the written word is creative writing. 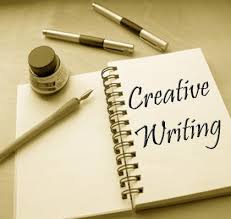 What is not creative writing?

Have you read the terms and conditions or the privacy policy of websites? That white colored booklet that accompanied your latest camera? T.V? Washing machine? You of course remember your boring history text book! These books at a glance tell you they are definitely not creative writing material.

What is creative writing?

By the above logic, all works of fiction be it a short story, memoir, novel, or a kid’s picture book are works of creative writing.

Often the obvious is easy to define. Likewise it will be hard to pin down works in journalism, essays, memoirs and biographies as strictly non creative or creative.

A piece of news may not be considered creative writing but a feature or editorial has a big element in creativity.

A biography written with such a personal touch that it takes right into the life of the character must have a lot of creative zeal.

When nonfiction transcends the boundaries of style, excellent research and approach and when it is written with a personal approach instead of merely factual, it becomes creative. 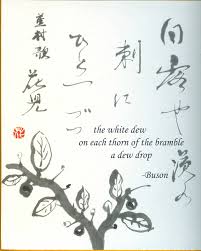 Reading the Percy Jackson series, I remembered the Haiku poetry. (Apollo, comes out with some terrible Haikus in the book)

“Haiku” is a traditional form of Japanese poetry.  Dating from 9th century Japan, Haiku is more than a poem. It is a way of looking at the physical world and seeing something deeper.

A haiku poem consists of three lines, with the first and last line having 5 moras, and the middle line having 7. A mora is a sound unit, much like a syllable, but is not identical to it. Since the moras do not translate well into English, it has been adapted and syllables are used as moras.

Haiku poems consist of 3 lines.  The first and last lines of a Haiku have 5 syllables and the middle line has 7 syllables.  The lines rarely rhyme.

Because Haikus are such short poems, they are usually written about things that are recognizable to the reader.  Animals and seasons are examples of recognizable topics children might enjoy exploring.

Here are three examples of the haiku of Basho Matsuo, the first great poet of haiku in the 1600s:

A frog jumps into the pond,

what I thought were faces

are plumes of pampas grass.

The following are typical of haiku:

Another famous type of poetry that will be compared and contrasted in this essay is Limerick.  Limerick originated from England by Edward Lear in the 19th century. And now, the name is taken to be a Country of Limerick in Ireland.  This type of poem is usually silly, funny, and does not really make sense. The authors often write this kind of poetry to express their thoughts but not completely, they will leave some space blank for the readers to figure out. For example,

There once was a man from Peru

Who had a lot of growing up to do,

The major difference between Haiku and Limerick is their structure and rhythm. Also while both use metaphors, limerick is generally a funny, silly poem while Haiku uses a physical description to show the nature of existence.

In the earlier part ‘To read like a writer’ I discussed how a writer should look for the theme and organization of a story. Let us continue this journey.

Let us strip writing to its bare bones, down past the genre, idea, theme or audience to study them at word, phrase and sentence level. A set of well chosen, well placed words create a sense of magic within the book. Look for the patterns in the language, the passion in the character, the striking adjectives. Look for;

Voice – It is the individual writing style of the author. The quality that makes writing unique. When reading like a writer, let us try to answer questions like ‘How does the author demonstrate the emotions of the protagonist’? Or how does he bring out the personality of the character? Now Wodehouse wrote in humor, using a unique blend of slang and elegant, classically-informed drawing-room English. Roald Dahl on the other is known for the devilish twists in his story.

Word Choice – What words and phrases does the author use to bring across the story? How does the author use striking adjectives, verbs, proper nouns? Evena simple ‘and’ in a sentence ‘And then he fell down dead’ creates the required impact.  Do these word choices make the story more memorable?

Sentence Fluency – the rhythem and flow of the sentence as we read it, is there a rhyme? Do the repeat in pattern? Repeating sentence structures, like

Night in the Country (1986) by Cynthia Rylant: “There are owls. Great owls with marble eyes who swoop among the trees and are not afraid of night in the country. Night birds. There are frogs. Night frogs who sing songs for you every night: reek reek reek reek. Night songs”

Conventions – Conventions are the usage of grammar, spelling and other such things that make writing consistent. Does the author follow convention in writing? Do you newer words like blacksurround, magicated etc? Are the sentence complete? Are there artful fragments and one word sentences?

The next time you read a book, pick up your pen and read like a writer.

What happens when you read a story?

The thrill of being transported to an enchanted kingdom,  the awe of being a princess, the adventures on the ridged back of a dragon and the gnawing fear before the book ends – an exhilarating journey indeed.

To be a writer, even an insipid one lacking the courage to paint true reality or the imagination to create a whole new world should read avidly.

A good book is the best writing institute, but one needs to understand how to read like a writer.

‘There is a difference’? One might ask. Yes. There definitely is. A reader, even a thoughtful one who tries to understand not just the story but the context, theme and the underlying emotional undercurrents also looks predominantly into WHAT the writer is saying.

But as aspiring writers, we need to use a good book like a reference. To read like a writer is to move away from WHAT and towards, HOW the writer captures the story.

Now as a reader, one will question the genre of the story, infer the characters by the action in the book, feel the emotion, connect with the characters and evaluate if the story is well enough to continue reading till the end.

While a writer needs to approach a book from a completely different angle.  When reading like a writer, pay attention to  –

Part 2 of this series will conclude the other points of reading like a writer. 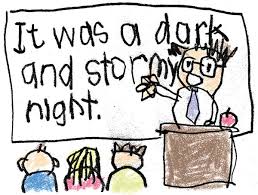 You may want to think of that sentence as a mantra while writing a story, a paragraph, and even each sentence.

‘The airplane crashed into the mountains, killing all its 440 passengers and crew early this morning’

The first phrase – the airplane crashed gives the information and sparkes the interest in the reader to continue reading.

‘It was dawn. The airplane was carrying 440 passengers and crew when it crashed into the mountains’.

Tepid isn’t it? A writer needs to guide a reader by capturing the essence in the first 3-4 words of a sentence, and then allow the reader to immerse in the emotional onslaught with empathetic description.

On the other hand if the idea is to create suspense, build tension and make the reader wait then please save the subject and the verb until later. Fewer information and short passive writing. Long sentences create a relaxed mood, hence keep sentences short, use just phrases and show the panic.